The group employs low-temperature scanning tunneling microscopy to study ceria films on Ru(0001) supports. The films are up to 20 layers thick and exhibit atomically flat surfaces with (111) termination. By changing preparation conditions, the abundance of oxygen vacancies, either in the surface or subsurface region, can be adjusted. Using the spectroscopic capabilities of STM, the defects are characterized from an electronic point of view. In particular, the filling of the 4f states in Ce ions next to the vacancies is probed at the atomic scale, acquiring information on the spatial correlation between O defect and associated Ce3+ ion-pair.

A second focus within the COST Action are studies of the adsorption behavior of ceria, both for metals and molecular species. In particular, the interaction between adsorbates and individual surface defects is addressed from a structural and electronic viewpoint. Additional experiments are performed on the CeO2(100) surface hat has polar character and is subject to reconstructions and unusual adsorption properties. 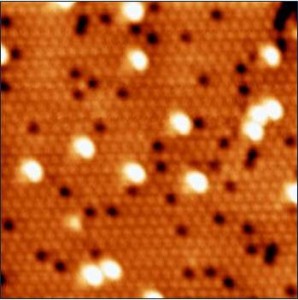 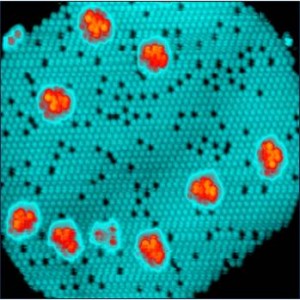